A Press Release is a document in the form of a written statement for a brand- specific announcement or launch. It includes all the details and specifications to get published. So, there are lots of different formats and styles to design a press release.

The categories of Press Release has been divided with their features, and for that reason, if you want to get your thing to publish, you need to be completely aware of which category would suit you and why?

It is available in all types of businesses, whether food-related or fashion or anything, you can easily merge with the press. This blog post has concluded all the press release types and their details with fantastic help and ideas. Just keep on reading if you want to get benefited from this well-designed guide.

We all know that it is called a “News Release”. That’s why it has been an excellent way to generate views, and marketing comes all the way easily. But understanding the press release types are equally necessary as work so that you can lie at the right place in the future.

There are some fundamental elements of press releases, which comes in almost every type of it. This includes; Header, Logo (at the top center of the document), Contact Info (phone numbers with their codes, e-mail addresses).

So the eight main types of Press Release writings are mentioned below. 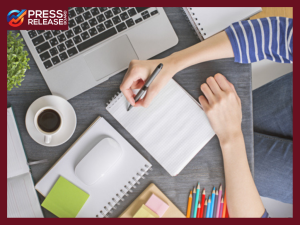 General news or press release is one of the most common and basic types, which is used by lots of business owners. The perspective behind this type of press release is to give a colossal rise naturally to have coverage for both Medias (whether it’s online or offline).

Whereas typically, the general press release gets publish when a person wants to make journalists read about wins or awards for their companies.

Apart from this, If you want to get top-notch services in the market right now. We would highly suggest you go for the Press Release Board, as it is one of the most leading and many press release distribution services worldwide.

Press Release Board has a remarkable experience of 5 years in the industry, and they are known for their incredible marketing strategies and techniques. Place an Order Right Now!

They have hired a high-profile team to provide super professional and approachable services to their clients without any mishap. The best part is that they offer high-quality communication services with the latest technology amendments. 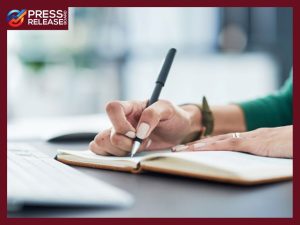 A single Launch Press release covers lots of releases, which could be for a product, hosting, or something trending. But most importantly, it goes for the launch of a new business.

Any startup comes in the category of launch release. Before getting into details, let’s quickly talk about its format; it is pretty identical to the previous (General News) one. According to that, it is elementary, yet there are some improvements for timelines.

This release is beneficial in creating hype regarding upcoming business or news. It makes it look very catchy and valuable to the targeted audience. Now, discussing its fact, one of the most exciting things is that you don’t have to launch exactly any physical product or an entire business.

It gives you the flexibility to only launch some idea or hint for your business. Similarly, it could be any online platform for freelancing, skill services, or whatever you want to bring.

Now, you might be wondering, how it would be worth using it?

One thing is far clear: if your product is “newsworthy”, then there is no chance it won’t go public. The readers and viewers would market it by their-selves. The business owners should announce the opening and convey the message to their audience that how it would be helpful for their use. The convincing tricks should be used to make it a better product than your competitors in the market.

Do not forget to mention the release details with all the contact, location, and logo information. Make sure that you are using all the W’s while launching, including who, what, when, where, why, and how your fresh startup is getting opened. 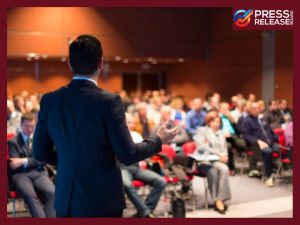 Usually, the press releases are preferred to be written by the journalists or by the media’s members, if not wholly, then at least the 1st half portion is always written by them. But here at Event Press Release, the scenario is a bit different.

This is how the owners are needed to explain every detail of an event to their audience. Your viewers and readers want to get information clearly for every bit of it.

According to our conclusions, it’s a great thing for both the marketing and information purpose, as it gives a mega rise to your event goal by printing entire specifications on it.

You are now moving on to what type of information you should provide to your event attendants. You write this event release to Sponsor, host, or bring other people to attend your press. It leaves a great initiative on a “give and take” relationship. If someone gets interested in your business, they might end up sponsoring your entire plan; that’s how it goes.

Make sure to send an invitation to the media groups and arrange some engaging campaigns alongside with press release. That would make it more convenient to assess it and would probably give extensive coverage.

Please, do not mess up by adjusting all the things at once; we suggest you make an easy and light arrangement for everyone attending. 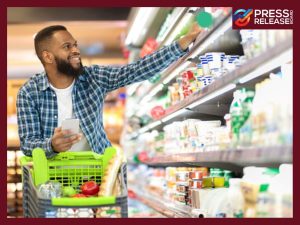 A product press release is explicitly designed for one single product getting launched. The whole setup is arranged according to its feature or specifications.

And of course, with the dilemma that why it is different and better than other competitors in the industry.  It’s more of fun, excitement, and all the media and journalists hurry to see and use the product, and how it would make a change in their lives, or will it be a flop?

There is always lots of panics and questions are roaming around. To answer their questions, you should make a list that would define all the worthy features that are exceptional and make your product unique.

Do not mention those essential features that are already available in your competitor’s product. Also, along with the elements, briefly explain how it would benefit them and give them the killer reasons to buy the development and use it.

We would suggest you provide your audience with a written form of information for each one. That would leave a nice gesture, with quality work. Journalists and members of media always appreciate such handy information copies.

This is more than enough to win it; focus on other press release things to make it a successful one in the media.

Lastly, businesses usually offer exciting opportunities for their clients or audience that keep the spark among them alive. For example, you can give some discount on the first release or for the first 500 products.

For this reason, you can collaborate with some content creators or social media influencers by giving them a PR code. It slightly comes in the promotion or marketing and offers a fantastic turn to your business. 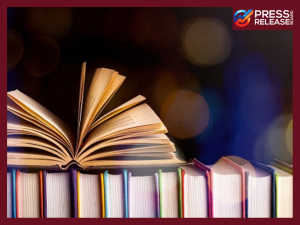 As you can read by the heading, it is related to the Book launch in the market. Arranging a book press release is because you want the media and all the journalists to know why the book you are launching should be covered.

It is based on all the details from its references to its theme. The design and the stuff which is use everything should be well explained in it.

According to the reports, every year, there are millions of books that get to be published. But those who got “newsworthy” status are very few; why? They ignored the press release fact because they couldn’t make it to the media, maybe or adequately.

Let’s be realistic; social media or press release power is different. It gives a massive boost to your product. Whether it is endorsed by any celebrity or a blogger, or the other thing is media. If you get successful by convincing the media members by proving the quality and importance of the book, then your purpose of the press will succeed.

For that reason, please make a short and well-structured summary of the entire book, with its benefits to the buyers. Would they learn something, for example, if you have written the marketing book to prove in the press that it would be advantageous in their business with some proves, tips, and tricks?

Divide the summary into three parts; start with the helping facts, importance, and guidance. Then in the 2nd paragraph, mention the key points and facts with references, and in the last section, add a quotation to blend in the emotions so that the audience can better relate it.

You can also add some images or animation to grab their attention interestingly. While closing it, make sure to address with the audience why the author wrote it, what was the reason, and what the initiative is. 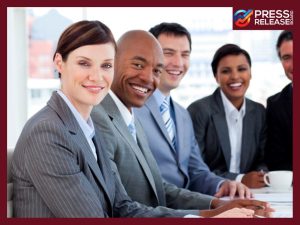 In other words, the Executive Press Release is also called new hires in the company or industry. But these posts are not ordinary ones. They come in the top leading posts such as; CEO, HR team, and similarly others.

It includes all of their information, from their background to their initial journey to the current moment. So that the audience can understand and put on questions that come to their mind, while presenting, you should add each person’s photo on the screen with an extensive biography. 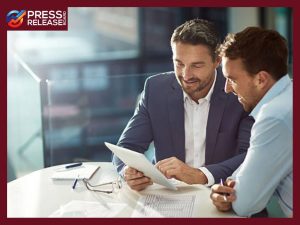 The expert position is a very elite Press release, which is specially conducted in honour of one particular person or brand credibility in some specific field.

The central perspective of this release is to show the brand or person as a source of information. The reason is an impressive initiative and to be followed in the coming future by media members, including journalists and their audience.

Overviewing, this press provides a standard introduction for that Expert Position with proven results and verification of professionals. 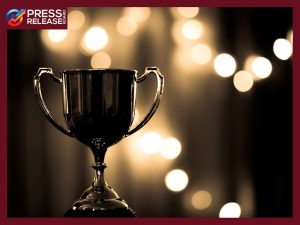 As you can see in the title, these types of press release is based on an appreciation ceremony, in which they are more likely to promote their employee. It could be for a particular person or the company itself.

Winning an award for business accomplishments can lead you to both revenue and fame in the industry. It helps to rank your company’s position at the top of the list. But there are also some smart tricks needed to be followed. If you are not aware of the current or trending issues, you won’t be able to own an “Award Press Release”.

While writing it, divide the press into a few paragraphs; in the first one, you should add the details, such as when the award was received and the reason behind winning it. All of these things should be explained in a very humble tone so that they can also enjoy your win.

In the next part, add what importance it owns for your brand, are you enjoying it, how much you worked for it. Give a little brief so that they can relate to the entire process. That’s it. 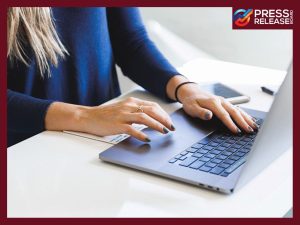 This blog is about eight Different Types of Press Release to Enhance Your Marketing Strategy After discussing all the types now, you have a complete idea of what a press release is and how these statements play their roles in the market. It’s a mix release by the collaborative media community, including social media influencers, bloggers, celebrities, journalists, and whatnot.

When the process is complete, they are ready to make it a trend or spread it all over the decided region. In this blog post, we have mentioned the most famous different types of press releases with their formats and necessary details so you can have a helpful guide.

If you are still confused regarding any topic, go through the blog post one time more, or drop your questions in the comment box below.